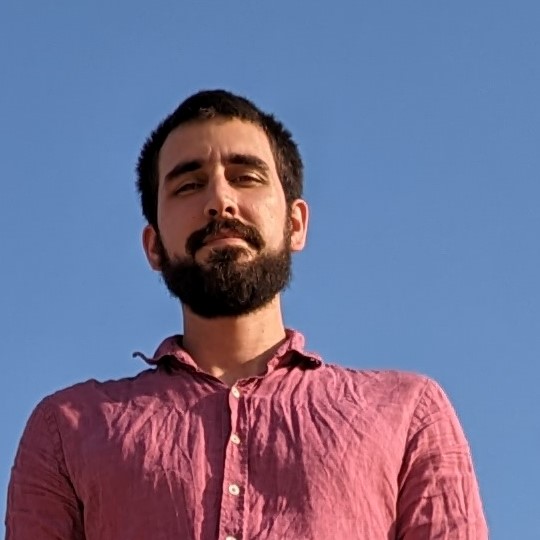 Python’s Dict is everywhere, and if you code in Python, you’re probably using it everyday. For instance, the famous Two Sum puzzle can easily be solved using a Dict. Why? Because contrary to a List, a Dict can be used for O(1) lookup, insertion and removal.

What we mean when we say O(1), is that looking for, inserting or removing an element from a Dict is done in constant time, and does not depend on the number of elements currently in the Dict. List also have an O(1) insertion time (simply add the element at the end of the list) but have lookup and removal that are O(N): to look up a specific element you need to go through the entire List (consider the case where the element is the last, or worst: not in the list!) and to remove the element, you need first to look it up, then rebuild the list after the removed element.

This blog post attempts to explain the magic behind Python’s Dict, by reconstructing it from scratch using only Python code. Most of the information contained in this blog post can be traced back either directly to cpython source code or the two top answers of How are Python’s Built In Dictionaries Implemented? on StackOverflow.

From our point of view, a dict is an object which we can populate with values associated to keys. In the following example, we’re linking capital cities to their respective countries:

If we’d want to do that with a List, we’d have to do it the hard way

Dict is practical, but also fast: looking for UK’s capital is done at the same speed, no matter the size of our Dict (i.e. the number of country-capital pairs already inserted), contrasting with List where you could possibly end up parsing the entire list (which happens everytime you’re looking for something that’s not there!).

But how does this work behind the curtains? Well, from the point of view of the Python FAQ itself, “CPython’s dictionaries are implemented as resizable hash tables”. What does this mean? Let’s find out!

Hashing and building the base dict

That’s where hash tables come in. Hash tables are Lists that use hashes to know where things are stored. As a quick reminder, Python’s hash function can be seen as a function that assigns an integer (called a hash) to any object (let’s say a string or an integer), with the property that (almost always) different object will have different hashes.

To be really precise, Python can only assign hashes to immutable objects. These are objects that cannot be changed, such as ints and strings. It doesn’t make sense to hash a mutable object, such as a List, because the hash must represent the object very specifically. A mutable object can change at any time, and its hash wouldn’t reflect those changes.

This can help us achieve the wanted O(1) complexity we’re looking for.

The way hash tables are implemented is very simple: instead of starting with an empty List and appending objects arbitrarily one after the other, we start with a List that has enough room already, and place objects at specific locations when they arrive. That way, since each object has a specific location, we can simply search that location to check if it’s there or not.

Where do hashes come in? Well, we know the size of our List, let’s say N, and the object’s hash, let’s say h, is an integer. Simply taking h mod N will give us a specific place to look for! In the Python code below, this can be seen at lines 12 and 19.

Interestingly, when N is a power of 2, let’s say N = 2**k, computing h mod N is the same as taking the last k binary factors of h, which is extra cheap to do!

Let’s check that it works:

Neat, it does work! Or does it?

You are probably wondering about what happens when two keys have the same hash (not probable), or when their hashes have the same modulo (happens often). We call such situations collisions.

In this case, the above behavior happens because an int is always equal to its hash, leading to 1 mod 8 == 9 mod 8. In other words, 1 and 9 make us search for them at the same place!

When it comes to collisions, we have two solutions.

Finding another place is called Open Addressing, and can be done in many ways. The easiest way is simply to try and go directly to the next spot, until we find an empty spot. This is called linear probing, and it does works. Unfortunately, it is undesirable to be implemented by default by Python, due to the hash functions already mapping int to themselves. When you’re creating a dict from a range of integers, you will already fill spots in your dicts that are contiguous, because when hashes differ by one, so does their modulos!. This can lead to a crowding effect, where large contiguous part of your storage are occupied and linear probing leads back to O(N)!

Python solves this by having emprically found a “good” probing function. This probing function is used to know the correct place for any key-value pairs. Now, because we’ll be using this function at different places (for look-up, insertion and removal), we’ll make it a method on its own! In the Python code below, the smart_search method is implemented at lines 14-50.

To put it briefly, the method first looks at the intuitive spot, h mod N at line 30, and if there’s a collision looks for the next spot (at line 47) following this formula:

In fact, CPython’s probing function is a bit more complicated and involves playing around with bits. You can see all details in the source code if you are interested, but I have chosen to keep the simplied version for this post.

Given a key-value pair and an occupied spot, there are two possibilities for why that spot is already occupied: 1) we already placed the key-value pair here and 2) an other key-value pair was already placed here. To differentiate between the two (it all happens at line 42), we first compare the hashes: they could be different but still lead to the same modulo hence the collision. If they’re the same, we fall back to python ==method.

Checking for equality between keys can actually be arbitrarily costly, depending on the type of keys. In practice, keys are often strings, ints or tuples, for wich equality is fast to check.

Now we can deal with the insertion and look-up of any object, without worrying about collisions.

All good right? Wait a minute, what about removing objects? In fact, we’re curently in trouble. Consider the situation from the above snippet: we’ve added a key-value pair p1 (1, 'a') – line 2, and then try and add a second pair p2 (9, 'i') – line 3 – that unfortunately collides with p1. We use our smart_search to find the next good empty spot, and place p2 there. Good. If we’re to search for p2 again, no problem: we’ll compute its hash and modulo, see that there is p1 in its place, reuse the smart_search and eventually arrive a the correct spot – lines 5-9.

But what if we delete p1 and then search for p2? That’s where our troubles come from: since p1 is not in our storage anymore, smart_search’s first guess using p2’s computed hash and modulo will find an empty spot (which before collided with p1), and we will simply think that p2 has never been added – lines 7-8.

This is why we add tombs: everytime we delete an object, we have to remember that it was there at some point, and leave a mark so that smart search knows to skip this spot, and look further. This happens at line 68.

Note that in the below implementation, now we also keep the hash of the keys we store. This is done to avoid recomputing many hashes many times.

Ok, but what about pigeon holes? We’re starting with an internal storage List of size 8, but Python’s Dict should be able to handle more than eight key-value pairs! So what’s the trick? The trick is the resizable of resizable hash tables. When we’re nearing completion of the storage list, we simply rebuild the dict with a bigger initial list (line 53-54). That’s it, that’s the trick.

In practice, the load factor is kept under 2/3, meaning that the Dict is resized when it is more than 2/3rd full.

In the following snippet, we only show the method that changed from the previous snippet. Note that we could also resize down when removing too many objects, but this would needlessly obsfucate the code at this stage.

Now we have most of the functionality. We can optimize things further, by noting that we are using an internal storage List consisting of mostly empty spots reserved for future hash-key-value triplets, and that takes a lot of unused space.

Instead, Python’s Dict simply stores indices that map to a much smaller, compact List. Everything stays the same as before, but now our mostly-empty storage List has slots of size 8 bytes, reducing the amount of unused memory by 3!

Note that now, we can iterate over the compact List, with method PythonDict.items(), which gives us all the objects in the dict sorted by insertion order!

Notice that almost all methods have changed this time.

And voilà, Python’s Dict from scratch in pure Python!